Old Moke Pickin on the Banjo

A traditional song which has its earliest textual appearance in 1941, but likely predates that by more than a hundred years.

It is largely attributed as a capstan shanty which emerged from workers in the American railway. The version led by Anna appears to be very similar to the Danny Spooner version- though that may just be due to the lyrics sourced for the stream.

From notes on the VMWL Database, 'PJS' states: "The chorus...is a reworking of "Shule Agra", with a last line close to "Tighten on the Backband (Whoa Back Buck)."

from Cecil Sharp's Short Sharp Shanties: "There is a further possible root in the Song of the Pinewoods, where the “singer lands in America in 1844 and works in the pinewoods. An Irish girl offers him whiskey and looks him over. He describes the teamsters with whom he works. The song may have many floating verses and a nonsense chorus.” There is obviously a complex of related texts, locations, tunes and floating verses which it is impossible to tease out and give sequence to."

These lyrics are based on the version performed by the Longest Johns in their Livestream, as a traditional song, the original lyrics are difficult to nail down with certainty.

He bang, she bang, daddy shot a bear,
Shot him in the stern me boys and never turned a hair.
(We're all from the railroad too-ra-loo
And the Old Moke pickin' on the banjo.)

Rock her block, chock'a block, heave the capstan round!
Fish that flamin' anchor up for we are outward bound!

Out chocks, two blocks, heave away or bust
Bend your backs me bully boys, kick up some flamin' dust!

Roll her boys, bowl her boys, give her flamin' gyp,
Drag the anchor off the mud and let the bastard rip!

Whiskey Oh! Johnny Oh! The mud hook is in sight!
'Tis a hell-of-a-way-to-the-gals-that-wait and the old Nantucket Light!
{Chorus til Finish} 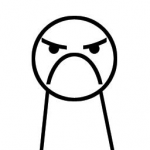